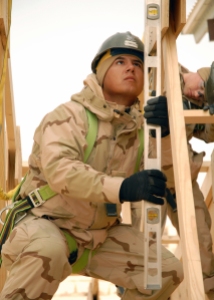 Many people establish business entities to protect themselves from personal liability.  In a ruling last week, however, the NC Court of Appeals  held that despite such corporate formalities, contractors can be personally liable for their own negligence.

The case, White v. Collins Building, Inc., __ N.C. App. __ (January 4, 2011), involves a new home constructed by developer AEA and purchased by the Whites.  AEA contracted with Collins building, Inc. to build the residence.  Collins Building is a one-member company owned by Edwin Collins, president, sole-shareholder, and qualifier for the company.  When the Whites began to experience alleged construction defects, they sued all involved, including both Collins Building Inc. and Edwin Collins, individually.

Edwin Collins moved to dismiss the lawsuit against him individually, and his motion was granted.  On appeal, the Court held that the dismissal was in error, and that Edwin Collins could be found individually liable to the Whites because the alleged negligence was his own action.   While noting that it was a case of first impression for the construction context, the Court pointed out that “It is well settled that an individual member of a limited liability company or an officer of a corporation may be individually liable for his or her own torts, including negligence.”

The Court stated that a properly formed and maintained business entity may provide a shield or “veil” of protection from personal liability, but that the protection was not absolute.   The Court also contrasted this situation to one in which the parties had contracted with each other; there the claim is usually a contractual one only, so if the Whites had contracted directly with Collins Building, Inc. to build their residence, they likely would not have a cause of action against Edwin Collins individually.

This case shows that, whilecorporate formalities are  important to protecting yourself from individual liability,  they are not a guaranty.