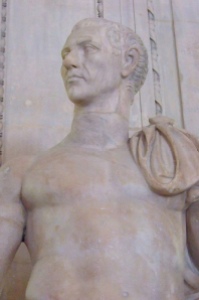 Everyone is probably familiar with the story the Emperor’s New Clothes.  There, the Emperor is not wearing anything but his birthday suit, and yet everyone is afraid to tell him so.  Today’s lesson is how to avoid being the clothesless fool by making sure you are covered with appropriate contracts with your subconsultants.

Previously we have talked about the need for a written contract on your construction projects.  Usually, the focus is on the contract agreement with the Project Owner.  Just as important, however, is the contract with your subconsultant.

A recent case brought to the attention of the E&O carrier Victor O. Schinnerer demonstrates what can happen when you have a signed contract with the Project Owner, but your subconsultant contract is not yet formalized.

Subconsultant’s maximum aggregate liability under this Agreement shall not exceed $250,000.

Having been warned of the dangers of limiting the liability of a subconsultant without having a corresponding limitation in the prime agreement, the architect attempted to further negotiate with the subconsultant. The subconsultant agreed to increase their liability to $500,000 but said “I am told by our legal counsel that based on the work we are doing and the amount of our fee, $500,000 is our limit.

Work on the project had already started, but the subconsultant was withholding their design documents until they received a signed contract.  At that point, the architect turned to his E&O carrier for advice.

His options were limited at that point, and the architect was left with weighing the risk of a claim in excess of $500,000 versus the risk of a delay claim from the Project Owner if he took time to seek out a new subconsultant.  Essentially, the architect had no clothes.

Keep this lesson in mind the next time you are negotiating with subconsultants about a planned project.  You should ensure that their contract has the same obligations that you have in your contract with the Owner.

Have you experienced a situation where you were contracted to perform, but your subconsultant refused to sign a contract with similar terms? How did you handle it?Drop me a line in the comment section.

2 thoughts on “The Architect Has No Clothes! (or, why subconsultant contracts matter)”