You know the old saying, “Misery loves company?”  It’s true.  Even in the construction world. 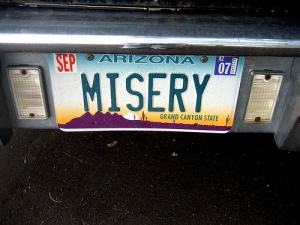 What happens if, while the design team is asleep at the switch, the contractor is also delaying the project, or the owner is dithering about a materials selection?  Since there was more than one cause of the project delay, does that let you off the hook?  Maybe so.

The above scenario is, in its bare-bones basics, an example of concurrent delay.

What is concurrent delay?  Concurrent delay is delay to the critical path of construction, caused at the same time by multiple events not exclusively within the control of one party.  In other words, it is when two or more parties both contribute to the delay of the project.

Where both parties contribute to the delay, neither can recover damages, unless there is proof of clear apportionment of the delay and the expense attributable to each party.  In such an instance, the only remedy for both parties may be an extension of time to the contract.

Have you experienced a case where concurrent delays existed on a Project?  Were you able to apportion the delay damages, or did all the culpable parties pay the price?  Share below.

Also, please sign up for email delivery of blog posts directly to your inbox!