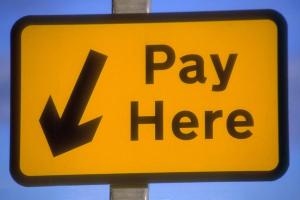 Recently I was contacted by several readers asking questions about “Pay when Paid” clauses.  For those of you who may have missed it, I’ve previously addressed Pay When Paid issues in my April 29, 2010 post, Pay When Paid Clauses in the NC Construction Contract.

In that case, the electrical subcontractor sued the general contractor for delay claims. The contract provided that the contractor would only be liable to the subcontractor for delays if the contractor was compensated for such delays by the owner.  While such a term is clearly a “pay if paid” provision, the Court called the provision a “pay when paid,” and declared it unenforceable in North Carolina.  It seems likely, therefore, that the Court would find that both provisions have the same legal effect in North Carolina– that is, both are unenforceable.

One time when a “pay if/when paid” provision could be enforceable?  Residential construction of fewer than 12 units.

As always, consult your local attorney because such clauses very widely in their enforceability from state to state.

Questions or comments on “pay when paid” or “pay if paid”?  Drop me a line in the comments section, below.