Guest Post:  Today we have a very inspirational guest post by Julie Fleming, J.D., A.C.C., on finding success no matter the odds.  A nice piece to help you change your mindset as you start off the new year. 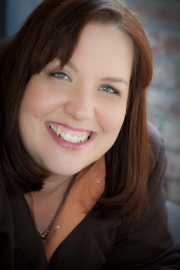 Julie is known as the business development expert for client-based businesses.  Julie consults with client service professionals on all aspects of creating a successful, satisfying and sustainable practice, with a special emphasis on business development and executive coaching.  Julie is the author of The Reluctant Rainmaker:  A Guide for Lawyers Who Hate Selling.  Additional information and resources are available at www.juliefleming.com.   Contact Julie by email to julie@juliefleming.com or by telephone to 800.758.6214.

What Will It Take For You?

I saw The King’s Speech on New Year’s Day.  You’ll probably see the movie (about the efforts by King George VI, informally known as Bertie, to overcome a stutter around the time he ascended to the throne following the abdication of his brother, King Edward VIII, who left to marry the American divorcée Wallis Simpson) described as one about stuttering, about royalty, about friendship, about conflicting and social status.  It’s all of that and, to this Anglophile, more besides – a must-see that’s apparently the frontrunner for multiple Oscars.

But beneath all of that, deeper lessons become apparent.  Here are the top three that struck me.

Comments on how you can use these ideas in your own business?  Julie and I welcome your thoughts in the comments section, below.